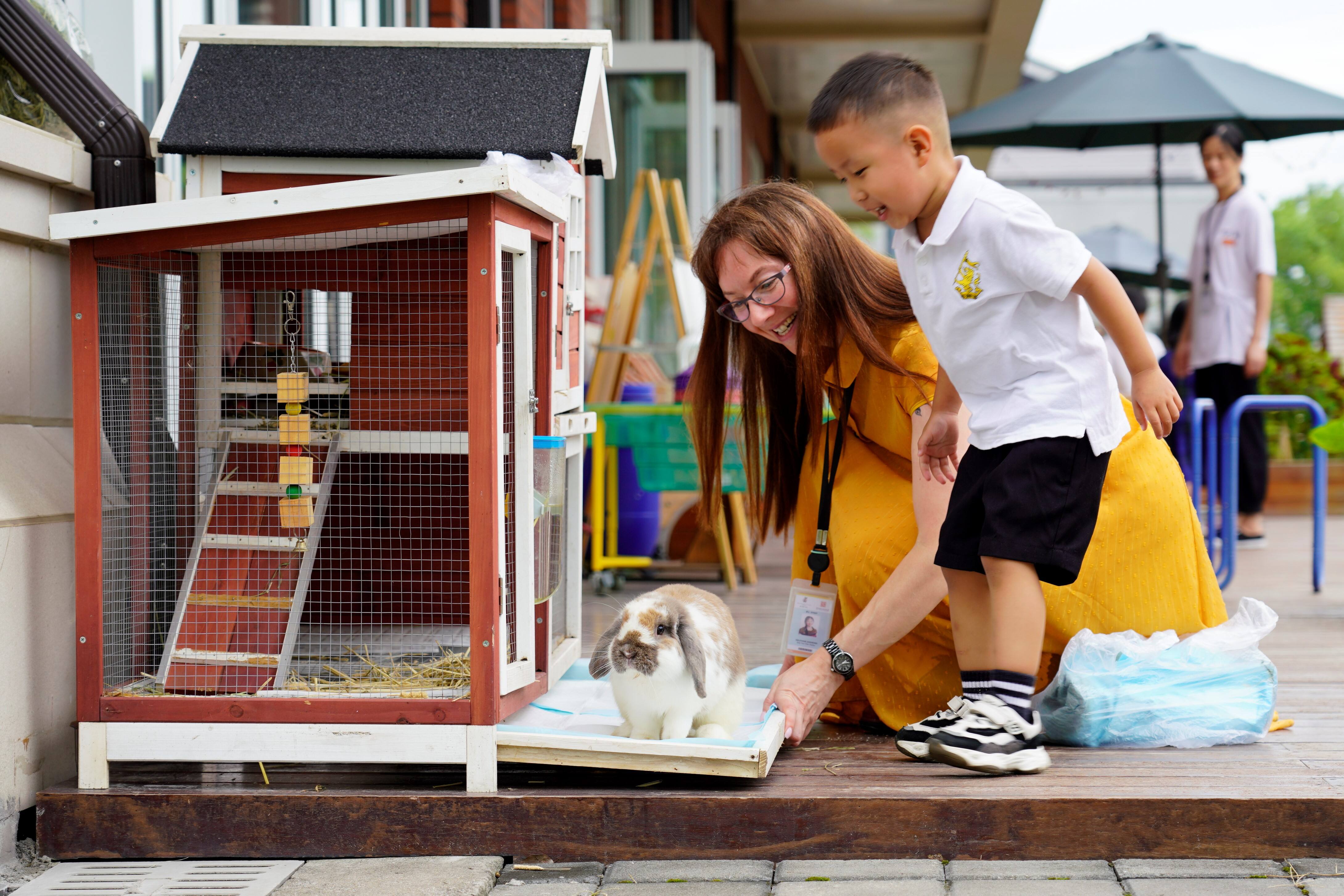 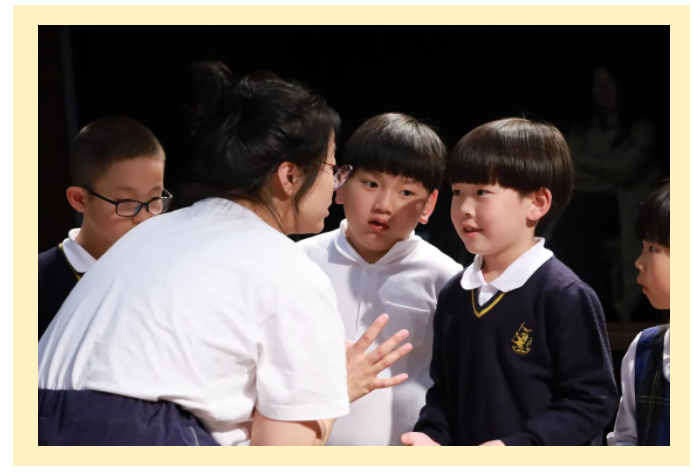 A week before the Qingming Festival, children were "excited", the excitement was not from the upcoming holiday, but from a kind of inner enthusiasm gained from the Theatre in Education, which instinctively awoke their deep passion, a feeling from heart, the love from mum and dad. This enthusiasm was the uncontrollable deep thinking and exploration of the THE OTHER SIDE OF ME.

During the experience of Theatre in Education, children not only had the visual impact from the stage but are also inspired by the characters’ emotions from the story. Through the connection with this direct and indirect experience, children begin to form an understanding of different social situations, using their knowledge from drama and applying this learning in real life. This unique learning experience offered the children an unforgettable lifetime experience.

The children's feelings were so real. I could not help but replay it repeatedly during the holiday to relive the experience of their lives and the richness of their inner world.

Child A: It is a door to the world where there is no fighting.

Child B: I saw my mother became Xiaozhi, and Xiaozhi became my mother. They switched.

Child C: I am going to save him, to save the little boy.

Child D: The boy is Xiaozhi, the mother. They are all being manipulated by someone.

Child E: When the door is open, there will be no quarrel.

Child F: The crack will close over time.

Our parents did not only enter the theatre, but also had the opportunity to be a part of this experience. The one-hour workshop also ignited the inner passion of our parents. They shed tears and were really moved by the theme of the Theatre in Education -- gentle but strong. 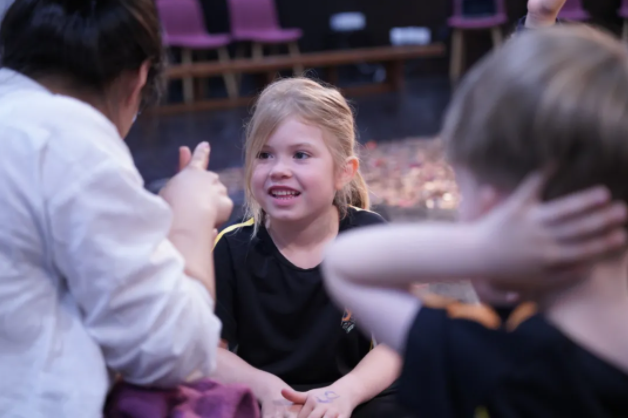 Huili Nursery will continue to carry out the Theatre in Education, our teachers have completed the training, our teaching team is ready. We look forward to enjoying the wonderful play from our children. Before the holiday, Sicily brought tadpoles into the classroom to share with everyone. When these little living creatures arrived, some had already grown tails, and some had grown two legs. Children were curious about this group of tadpoles, and we discussed the life cycle of frogs with the children. After the holiday, children noticed that our little tadpoles have undergone more changes. Some tadpoles have grown four legs, and some tadpoles have even turned into little frogs. While observing these little creatures, children represented their learning ideas by using paintbrushes and open-ended materials to create with. These early representations depicted the appearance of tadpoles and little frogs through the eyes of the child. We are still growing silkworms in our class, which is closely related to our project learning. When we received them before the holiday, they were too small to identify, and now they have grown up. Children are eager to observe the changes and record their thoughts. 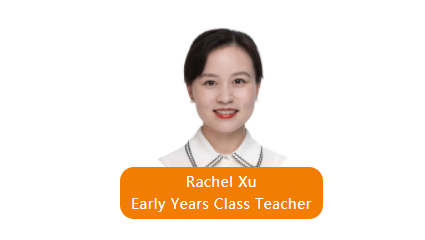 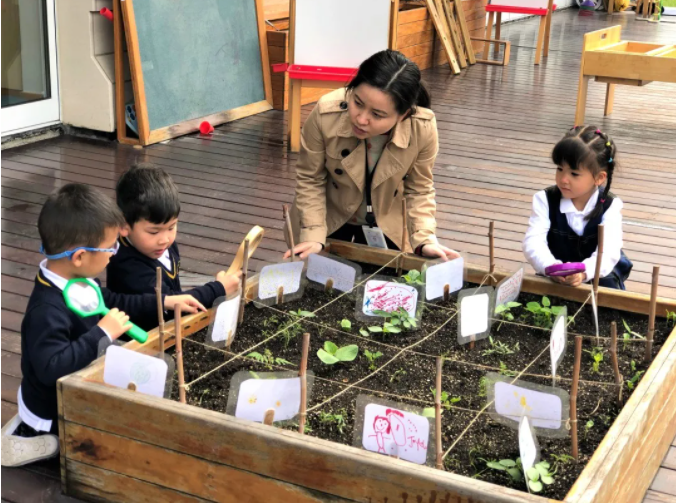 Our tiny seeds are germinating! Returning to nursery, children of EY2B were pleasantly surprised to find many green seedlings had emerged in our garden. Some children used magnifying glasses to observe the different shapes of the leaves, bravely and carefully collecting the bugs on the buds whilst children recorded the appearance of the seedlings using a paintbrush, enthusiastically sharing their observations with friends. Teachers were able to scaffold this learning by using rulers with the children and discussing the comparisons of the height of each plant. In EY3, we have been using stories with repeated refrains to support the development of both our English communication and language and English literacy skills. The repeating phrases in the stories help children to remember what has happened and use the language from the story in their own re-telling. The story of We’re going on a bear hunt was very popular and as a class we told this story in a variety of different ways, including using objects, materials and singing. Once the children had heard the story several times, they were able to use resources of their choice to recreate the scenes from the story and had lots of fun re-telling their story to each other.

It is thrilling to guide children in real-world, interdisciplinary learning experiences rich in meaningful context. EY4D children previously planted vegetables on our balcony, and recently they grew to maturity. Children had the idea to pick the spinach we grew and use them to make dishes in the classroom. First, using our skills from phonics, we devised each step of our plan, assigning responsibilities to different children. We collaborated to implement our plan, incorporating English language skills such as discussing our plan and talking while working on tasks. Integrating Math concepts by adding specific quantities in milliliters and teaspoons, including discussing the temperature and life sciences as we cooked the fresh spinach we grew ourselves. We are excited to engage in more interdisciplinary cooking experiences.

The magic of Story Sacks at Huili Nursery Hangzhou

Learning through our senses